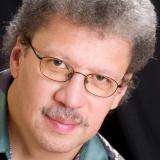 Anthony Davis is an internationally known composer of operatic, symphonic, choral, and chamber works. He is also known for his virtuoso performances both as a solo pianist and as the leader of the ensemble Episteme, a unique ensemble of musicians who are disciplined interpreters as well as provocative improvisers. In April 1993, Davis made his Broadway debut, composing the music for Tony Kushner's Pulitzer Prize-winning play Angels in America: Millennium Approaches, directed by George C. Wolfe. His music is also heard in Kushner's companion piece, Perestroika, which opened on Broadway in November 1993.

As a composer, Davis is best known for his operas. X, The Life and Times of Malcolm X, which played to sold-out houses at its premiere at the New York City Opera in 1986, was the first of a new American genre: opera on a contemporary political subject. The recording of X was released on the Gramavision label in August 1992 and received a Grammy Nomination for "Best Contemporary Classical Composition" in February 1993. "[X] has brought new life to America's conservative operatic scene," enthused Andrew Porter in The New Yorker, "it is not just a stirring and well fashioned opera -- that already is much -- but one whose music adds a new, individual voice to those previously heard in our opera houses." Davis's second opera, Under the Double Moon, a science fiction opera with an original libretto by Deborah Atherton, premiered at the Opera Theatre of St. Louis in June 1989. His third opera, Tania, with a libretto by Michael-John LaChiusa and based on the abduction of Patricia Hearst, premiered at the American Music Theater Festival in June 1992. A recording of Tania was released in 2001 on Koch, and in November 2003, Musikwerkstaat Wien presented its European premiere. A fourth opera, Amistad, about a shipboard uprising by slaves and their subsequent trial, premiered at the Lyric Opera of Chicago in November 1997. Set to a libretto by poet Thulani Davis, the librettist of X, Amistad was staged by George C. Wolfe.

Reacting to two of Davis's orchestral works, Maps (Violin Concerto) and Notes from the Underground, Michael Walsh said in Time Magazine: "Imagine Ellington's lush, massed sonorities propelled by Bartók's vigorous whiplash rhythms and overlaid with the seductive percussive haze of the Balinese gamelan orchestra, and you will have an idea of what both the Concerto and Notes from the Underground sound like."

Davis's works also include the Violin Sonata, commissioned by Carnegie Hall for its Centennial; Jacob's Ladder, a tribute to Davis's mentor Jacob Druckman commissioned by the Kansas City Symphony; Esu Variations, a concert opener for the Atlanta Symphony; Happy Valley Blues, a work for the String Trio of New York with Davis on piano; and Pale Grass and Blue, Then Red, a dance work choreographed by Ralph Lemon for the Limon Dance Company. His orchestral works have been performed by the New York Philharmonic, San Francisco Symphony, Pittsburgh Symphony, Atlanta Symphony, Orchestra of St. Luke's, Brooklyn Philharmonic, Kansas City Symphony, Beethoven Halle Orchestra of Bonn, and the American Composers Orchestra. The Chicago Symphony Orchestra performed Davis's opera X, The Life and Times of Malcolm X in concert in November 1992. The Pittsburgh Symphony recently commissioned a new concert opener from Davis entitled Tales (Tails) of the Signifying Monkey. In the 2003-2004 season Davis serves as Artistic Advisor of the American Composers Orchestra' s Improvise! festival and conference.

Born in Paterson, New Jersey, on 20 February 1951, Davis studied at Wesleyan and Yale universities. He was Yale's first Lustman Fellow, teaching composition and Afro-American studies. In 1987 Davis was appointed Senior Fellow with the Society for the Humanities at Cornell University, and in 1990 he returned to Yale University as Visiting Professor of Music. He became Professor of Music in Afro-American Studies at Harvard University in the fall of 1992, and assumed a full-time professorship at the University of California at San Diego in January 1998.

Recordings of Davis's music may be heard on the Rykodisc (Gramavision), Koch and Music and Arts labels. His music is published exclusively by G. Schirmer, Inc.

Anthony Davis' opera The Central Park Five, with a libretto by Richard Wesley, has won the 2020 Pulitzer Prize in Music.

San Diego jazz musicians made some excellent recordings in 2014, several of which could easily make an argument for the No. 1 position on this “best-of” compilation. I always agonize on how to rate them, and ultimately, it’s never an easy decision. In the end, I’ve got to go with what floored me the hardest. In that respect, I’m comfortable with the Top 2 in that order, and I could probably vacillate on the relative placement of the others until 2015. Oh, wait -- I already did that! So here are my favorite San Diego jazz recordings of last year.