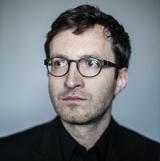 The wide-ranging musical abilities and diverse artistic interests of pianist Conor Hanick have led to acclaimed performances around the world and collaborations with music’s most accomplished instrumentalists, conductors, ensembles, and composers.

In performances ranging from the early Baroque to the newly written, Conor’s playing has been described as “brilliant,” “astounding,” (New York Times) “expert,” (Philadelphia Inquirer), and “sparkling,” (Strad)while reminding New York Times chief critic Anthony Tommasini of a “young Peter Serkin.” Although Conor has been recognized as a “true champion of contemporary music” (NPR) through his deep commitment to the music of our time, Tommasiniwrote that Conor’s “technical refinement, color, crispness and wondrous variety of articulation … benefit works by any master.”

A recent finalist for the Andrew Wolf Chamber Music Award, Conor has been heard as a recitalist, chamber musician, and ensemble member on the radio and in concert halls throughout the United States, Europe, and Asia. He has performed at all three halls of Carnegie Hall, the Kennedy Center, Mondavi Performing Arts Center, the Krannert Center, Rockefeller University, Kultur und Kongresszentrum Luzern, Kyoto Concerto Hall, the Dewan Filharmonik Peronas in Malaysia, and virtually every prominent arts venue in New York City, ranging from the Alice Tully Hall and The Metropolitan Museum of Art to (le) Poisson Rouge and The Kitchen. These performances showcased collaborations with conductors Pierre Boulez, James Conlon, Anne Manson, Jeffrey Milarsky, David Robertson, and James Levine; and ensembles that include the Metropolitan Opera Chamber Players, the International Contemporary Ensemble (ICE), Orchestra Iowa, the wcfsymphony, New Mexico Philharmonic, The Knights, and the Juilliard and Spoleto Festival orchestras.

Conor’s 2015-2016 season is highlighted by concerto appearances with Jeffery Milarsky and The Juilliard Orchestra in Milton Babbitt’s Second Piano Concerto at Alice Tully Hall, and an appearance with Alan Gilbert in György Ligeti’s Piano Concerto for the New York Philharmonic Biennial at the Metropolitan Museum of Art. In addition, Conor collaborates with The Metropolitan Opera Chamber Players and James Levine at Carnegie Hall in music by Pierre Boulez; the International Contemporary Ensemble (ICE) in music of Louis Andriessen at the Park Avenue Armory; cellist Joshua Roman in recital at Town Hall in Seattle; and pianist Pedja Muzijevic at the Baryshnikov Arts Center in New York City.

Conor also continues his partnership with cellist Jay Campbell, whose “hand-in-glove ensemble” at a Kennedy Center recital last season was described by the Washington Post as “nothing short of breathtaking.” The duo’s schedule is highlighted by appearances in San Francisco and New York, including a recital at Weill Hall at Carnegie Hall, and also a CD release on the Tzadik label of music for cello and piano by David Fulmer. A resolute proponent of new music, Conor collaborates with numerous composers this year, including premieres of Fulmer (work for piano); Eric Wubbels (duo for cello and piano); Elliot Cole (a set of etudes and interludes for piano and electronics); and Ryan Francis (piano concerto).

Conor has been a featured artist at numerous international festivals, including three years running at the Spoleto Festival, where last summer he performed two critically-acclaimed recitals, one featuring Hans Otte’s Book of Sounds, the other anchored by Charles Ives’ Concord Sonata. The summer was also highlighted by trio performances at the Abiquiu Chamber Music Festival in New Mexico; and, for the second year, teaching and performing as a faculty artist at The Music Academy of the West in Santa Barbara, where he performed solo music of Pierre Boulez, collaborated with clarinetist Richie Hawley in the premiere of Pierre Jalbert’s Sonata for clarinet and piano, and joined members of the New York Philharmonic in the West Coast premiere of Steve Reich’s Quartet for two pianos and two vibraphones.

At eight years old Conor began studying violin and viola in the Iowa City Community School District before starting piano lessons at age ten. Conor received his Bachelors from Northwestern University, graduating with high honors in piano and journalism, and his Doctor of Musical Arts degree from The Juilliard School, where he also completed his Masters and was awarded the Helen Fay Prize in piano. At Juilliard Conor studied with Yoheved Kaplinsky and Matti Raekallio, and wrote his thesis, “The Compositional Periods of Milton Babbitt: Structure and Surface,” under advisement from Jonathan Dawe. Previously Conor was a visiting guest artist at Smith College, where he taught from 2010-2012, in addition to master class and lecture appearances at the University of Massachusetts Amherst, the University of Northern Iowa, the New England Conservatory, and others.