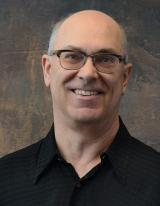 David Felder has long been recognized as a leader in his generation of American composers. His works have been featured at many of the leading international festivals for new music, and he is continually recognized through performance and commissioning programs. Felder’s work has been broadly characterized by its highly energetic profile, through its frequent employment of technological extension and elaboration of musical materials (including his "Crossfire" video series), and its lyrical qualities.

Felder serves as Birge-Cary Chair in Composition at SUNY, Buffalo, and has been Artistic Director of the “June in Buffalo” Festival from 1985 to the present. Since 2006, he has been Director of the Robert and Carol Morris Center for 21st Century Music at the University. From 1992 to 1996 he was Meet the Composer "New Residencies", Composer-in-Residence to the Buffalo Philharmonic Orchestra and WBFO-FM. In 1996, he formed the professional chamber orchestra, the Slee Sinfonietta, and has been Artistic Director since that time. In 2008, he was named SUNY Distinguished Professor, the highest rank in the SUNY system. An active teacher and mentor, he has served as Ph.D. dissertation adviser for nearly fifty composers at Buffalo, many of whom are actively teaching, composing and performing internationally at leading institutions. Felder served as Master Artist in Residence at the Atlantic Center for the Arts in February-March, 2010. His work is published by Theodore Presser, and Project Schott New York, and recordings are available on Bridge, Mode, EMF, and Albany.

David Felder has taught for a number of years at SUNY Buffalo, running the June in Buffalo Festival and mentoring countless contemporary composers in the school’s illustrious graduate program. His own works are multi-faceted, incorporating muscular gestures, modernist harmonies, innovative timbres, and, oftentimes, electronics. Felder’s recent music is given sterling performances on two CDs, one of his chamber music on Coviello and another of his orchestra piece Les Quatre Temps Cardinaux on BMOPsound.

Gil Rose and the Boston Modern Orchestra Project (BMOP) opened their season on Sunday afternoon with a typically generous and curious program, highlighting music for orchestra and electronics. Perhaps the most impressive takeaway – aside from the rich, musical diversity the afternoon’s three selections showcased – were the often almost imperceptible ways in which composers Ronald Bruce Smith, Anthony Paul de Ritis, and David Felder integrated the electronic and acoustic elements in their music.

Some instruments, once you’ve glimpsed them, stay with you. I’ll never forget my brief encounter with the emormous, room-filling RCA Mark II synthesizer, the first of its kind, built in the 1950s and bursting with period charisma, thanks to its towering stacks of vacuum-tube components and endless rows of knobs and dials. Its aura was so redolent of the early-Cold War era, it seemed that if composers like Milton Babbitt and Vladimir Ussachevsky had not kept it so busy, then maybe, just maybe, we might have beaten the Soviets into space.