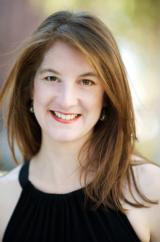 Composer-vocalist Lisa Bielawa takes inspiration for her work from literary sources and close artistic collaborations. She explores the ritual and phenomenological nature of music-making and listening, employing instrumental forces in ways that are both dramatic and intimate in their use of time and space. The New York Times describes her music as, "ruminative, pointillistic and harmonically slightly tart."

In the 2007-2008 season, Lisa Bielawa composed her Double Violin Concerto during her time as a Radcliffe Institute Fellow. The piece was commissioned as part of Ms. Bielawa's three-year residency with BMOP, and is part of Music Alive, a joint program of Meet The Composer and the League of American Orchestras. Also in 2008, pianist Bruce Levingston will give the world premiere of a piece commissioned from Ms. Bielawa in New York. Ms. Bielawa is currently at work on Quartet in Translation, a companion piece to Oliver Messiaen's Quartet for the End of Time, to be premiered in the fall of 2008 in celebration of the 100th anniversary of Messiaen's birth.

In 2007, the first commercial recordings of Ms. Bielawa's music were released on the Tzadik and Albany Records labels. The album A Handful of World features Kafka Songs, performed by violinist/vocalist Carla Kihlstedt; Lamentations for a City, performed by the Cerddorion Vocal Ensemble; and A Collective Cleansing, sung by the composer. In addition, Ms. Bielawa's The Trojan Women was released on Albany Records on a disc entitled First Takes, a collection of works by outstanding young American composers performed by the String Orchestra of New York City. Ms. Bielawa's next CD, The Lay of the Love and Death, is scheduled for release in the fall of 2008 as the inaugural disc of Premiere Commission Recordings, a new label based in New York.

Recent performances of Ms. Bielawa's music include the 2004 commission and premiere of Hurry, for soprano and chamber ensemble, by Carnegie Hall for Dawn Upshaw's Perspectives series, as well as the 2003 premiere of The Right Weather by the American Composers Orchestra and Van Cliburn prize-winning pianist Andrew Armstrong during Zankel Hall's inaugural season. In March 2006, Ms. Bielawa's The Lay of the Love and Death, based on an epic poem by Rilke and written for violinist Colin Jacobsen and baritone Jesse Blumberg, was premiered at Lincoln Center's Alice Tully Hall. In November 2006, Ms. Bielawa performed unfinish'd, sent with BMOP, at the inaugural concert of her residency with them.

Ms. Bielawa has received fellowships and awards from the Alpert-Ucross Foundation, the Civitella Ranieri Foundation in Italy, the Fund for U.S. Artists at International Festivals, the New York State Council on the Arts, the New York Foundation for the Arts, the Joyce Dutka Arts Foundation, ASCAP, and the Fondation Royaumont in France. An enthusiastic advocate for the field, Ms. Bielawa was a founding Artistic Director of the MATA Festival from 1997 until 2007, and now serves on its board. In addition, she has served on the board of the American Music Center and taught composition through the New York Youth Symphony Making Score program. As a vocalist, she has premiered and recorded countless works by her composer colleagues.

It seems odd to call a program with five brand new orchestral pieces commonplace. But somehow it seems apt when talking about the Boston Modern Orchestra Project, a group for whom the unexpected has become almost predictable. The five premieres on Friday’s concert spoke in vastly disparate languages, each of which BMOP’s fine orchestra and music director Gil Rose brought off as though it was a well-honed specialty.

In the Times, Allan Kozinn provided a typically sagacious and deftly written account of the first major concert of the MATA—Young Composers Now! series at the Brooklyn Lyceum (on April 1). The concert closed with the New York premiere of Lisa Bielawa’s Double Violin Concerto, which was played with saintly elegance by Carla Kihlstedt and Colin Jacobsen, backed by Gil Rose and the excellent Boston Modern Orchestra Project.

The MATA Festival is celebrating its 10th season, partly by showing off how far it has come since its early days as Music at the Anthology, a new-music series resident at the Anthology Film Archives. Since the Anthology days the festival has traveled a circuit of churches and small halls, but for the last couple of years it has been ensconced at the Brooklyn Lyceum, an old public bath converted into a concert hall.

I caught the Boston Modern Orchestra Project (BMOP) at the MATA Festival Tuesday night in Brooklyn.

1. Gil Rose and BMOP played a varied concert with conviction and panache Tuesday night. While there were wonderful soloists on the program, the ensemble really held the spotlight the entire night in the best possible sense - always blending well and making the most of lines, accompaniment and ensemble.

On Saturday night the New England Conservatory’s teal and gilt Jordan Hall enjoyed the premiere of no fewer than four new works by living, breathing composers and performed by the Boston Modern Orchestra Project, which parties where symphony orchestras fear to tread. Bucking both contemporary and traditional expectations, provoking appreciation and conversation, this was a night of risks that paid off handsomely.

Four world premieres in one night is ambitious even by the Boston Modern Orchestra Project’s standards, but Saturday’s novelty at Jordan Hall was also an old-fashioned Boston tryout for a New York opening: This week, conductor Gil Rose and the group bring the program to Brooklyn’s MATA Festival, an annual new-music showcase previously run by BMOP’s current composer-in-residence, Lisa Bielawa.

The Boston Globe Full review
[Interview] A handful of world

That’s the title of Lisa Bielawa’s impressive debut CD. Long known as a singer in Philip Glass’s ensemble, she is now making her mark as a composer, one expansive collaboration at a time.

On Tuesday night, I attended two richly satisfying concerts without stepping foot in a concert hall. The first was a new music program presented by the Boston Modern Orchestra Project at the Moonshine Room of the popular Club Cafe in the South End; the second was a performance by the up-and-coming Parker String Quartet in the Lizard Lounge, a low-slung basement club space in Cambridge. Next month, the Firebird Ensemble will perform in a local barbecue joint.

BMOP (the Boston Modern Orchestra Project), now in its 10th season, is on the side of the angels when it comes to being good musical citizens. Can anyone doubt it?

To begin with, when they use the word Project, that’s exactly what they mean. Everything on their recent (Nov. 3) Jordan Hall concert - some six works by four composers - was slated for commercial recording immediately afterward. With this done, the BMOP discography will amount to an impressive 20 releases.

Founded a decade ago, the Boston Modern Orchestra Project has risen to the front ranks of American contemporary-music ensembles through its fire, precision, and commitment to new work. BMOP’s 10th season opened Friday at Jordan Hall with a concert including two pieces by emerging singer and composer Lisa Bielawa, 38, inaugurating her three-year residency with the orchestra. BMOP’s typically canny programming surrounded Bielawa’s works with beautifully complementary compositions - two, like hers, inspired by literary sources.

"Superb instrumentalists at work and play." The New York Times

BMOP is proud to announce that New York-based composer Lisa Bielawa will be in residence for three yeas beginning in October 2006. BMOP was one of six orchestras nation-wide selected for an extended Music Alive residency, a program of Meet the Composer and the American Symphony Orchestra League.

BMOP announces that its 10th anniversary season will open on November 3, 2006 at Jordan Hall. For 10 years BMOP has been Boston's only orchestra dedicated exclusively to performing and recording new music. Led by founding Artistic Director Gil Rose, BMOP is considered to be the premier orchestra for new music in the country.

“The greatest virtue of Friday’s “Minimalism” concert by the Boston Modern Orchestra Project was to raise the question of whether the minimalism tag has outlived its relevance. Each of the four works the orchestra presented - three by minimalism’s leading lights and one by BMOP’s composer-in-residence, Elena Ruehr - adopted some conventions of the minimalist aesthetic, but each took them in such different directions that it’s doubtful the label is now anything more than a convenient, generic shorthand. . .

While I was writing In medias res, I remember looking at the enormous staff paper on my piano and seeing not instrument families on the page, but actual people.