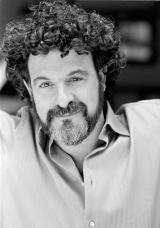 Tobias Picker (b. New York City, 1954), described as "displaying a distinctively soulful style that is one of the glories of the current musical scene" by BBC Music Magazine and “a genuine creator with a fertile unforced vein of invention” by The New Yorker, has drawn performances and commissions by the world’s leading musicians, orchestras and opera houses.

Picker’s operas have been commissioned by the Santa Fe Opera, (Emmeline), The LA Opera, (Fantastic Mr. Fox), The Dallas Opera, (Thérèse Raquin), San Francisco Opera (Dolores Claiborne), and The Metropolitan Opera (An American Tragedy). His operas have gone on to be produced by New York City Opera, San Diego Opera, L’Opera de Montreal, Chicago Opera Theater, Covent Garden, Opera Holland Park, English Touring Opera, the Glimmerglass Festival, and many other distinguished companies. In 2015, Opera Theatre of St. Louis mounted a major new production of Picker’s Emmeline, that garnered universal acclaim as “a work of gripping emotional intensity and extraordinary musical expressivity” (The Dallas Morning News) — “one of the best operas written in the past 25 years” (The Wall Street Journal) and “the greatest American opera of the 20th century” (The St. Louis Post-Dispatch).

In addition, Picker has composed numerous symphonic works, commissioned and performed by the BBC Symphony Orchestra, Chicago Symphony, Cleveland Orchestra, Helsinki Philharmonic, L’Orchestrede Paris, Munich Philharmonic, National Symphony Orchestra, New York Philharmonic, Opéra de Montréal, Philadelphia Orchestra, San Francisco Symphony, Vienna RSO, and Zurich Tonahalle among others. In addition to three symphonies, he has composed concertos for violin, viola, cello, oboe, and four piano concertos. His ballet, Awakenings, based on the book by Oliver Sacks, was commissioned by the Rambert Dance Company, which toured the work throughout the UK in 2011, performing it 80 times with live orchestra.

Mr. Picker has received numerous prestigious awards and prizes and was elected to lifetime membership in the American Academy of Arts and Letters in 2012. Picker served as the first composer-in-residence of the Houston Symphony from 1985-1990 and has served as composer-in-residence for the Santa Fe Chamber Music Festival and the Pacific Music Festival. In 2010, Mr. Picker founded Opera San Antonio and served as its Artistic Director until 2015. His music is published exclusively by Schott Helicon Music Corporation.

As Tobias Picker puts it, “It’s not something that happens every day.”

The Artistic Director of Tulsa Opera is referring to the 2020 Grammy for “Best Opera Recording” bestowed on the 2014 recording of his opera “Fantastic Mr. Fox,” based on Roald Dahl’s 1970s children’s novel of the same name. The recording is also a nominee in the 2020 International Opera Awards, now scheduled for September 21 in Sadler’s Wells (Picker is the only living composer among the nominated recordings).

OperaWire recently spoke with Picker about the Grammy and his career as a  composer.

It's sometimes easy to forget that opera has a playful side, given its preponderance for serious and downright dark subject matter. Indulging that lighter side comes in handy for introducing young people to it in a manner that is both accessible and, dare I say, "fun" (in other words, maybe not Wagner or Britten). Tobias Picker's Fantastic Mr. Fox, based on the Roald Dahl story, is a worthy candidate for such an endeavor.

Opera has done much during the past few decades to shed its elite, high-art credentials. In many ways, children's opera ticks all the right boxes in terms of accessibility, communication and participation, yet it's a genre that remains somewhat neglected. The American composer Tobias Picker's adaptation of Roald Dahl's novel Fantastic Mr Fox could change all that.

Tobias Picker: Fantastic Mr. Fox is the official title of a new compact disc release of the opera by Picker, the current Artistic Director of Tulsa Opera, who pulls off the almost impossible feat of composing an opera that is aimed directly at families, not just children; that is, children of all ages. With his welcome use of melodic tonal lyricism, even though a modern piece, and the caustically witty Libretto by Donald Sturrock, this work is sure to charm listeners of any vintage.

Boston's Jordan Hall was host to a concert version of Tobias Picker's 1998 setting of Roald Dahl's Fantastic Mr. Fox on December 7. A good-sized crowd from very young to older folks had assembled to hear Gil Rose lead his two ensembles, Boston Modern Orchestra Project and Odyssey Opera, in a costumed semi-staged performance of this "family opera". Picker prefers to use this term to describe his morality tale, fearing that "children's opera" is a term frightened with an assumption of "dumbing-down".

Then only a couple of weeks later, Rose was back with his Boston Modern Orchestra Project in an utterly delightful, imaginatively-costumed concert version of Tobias Picker’s “The Fantastic Mr. Fox,” perhaps a little too grown-up for some of the many youngsters in the audience, but delicious for the grown-ups themselves, full of wittily suggestive verbal and musical jokes.

Youngsters arrived in droves for the Boston premiere of Tobias Picker’s Fantastic Mr. Fox in Sunday afternoon’s Jordan Hall collaboration among the Boston Modern Opera Project, Odyssey Opera, and the Boston Children’s Chorus (Anthony Trecek-King, director). Albeit scrubbed of the assassination, murder, or suicide that characterizes the rest of the composer’s work in the genre, Fox is not an inevitable children’s opera.

Neither the Boston Modern Orchestra Project nor Odyssey Opera is well known for its children’s programming, so it was a particular pleasure to see the dozens of pint-size opera-goers filing into Jordan Hall excitedly on Sunday afternoon. The occasion was Tobias Picker’s family opera, “Fantastic Mr. Fox,” with a libretto by Donald Sturrock adapted from the story by Roald Dahl.