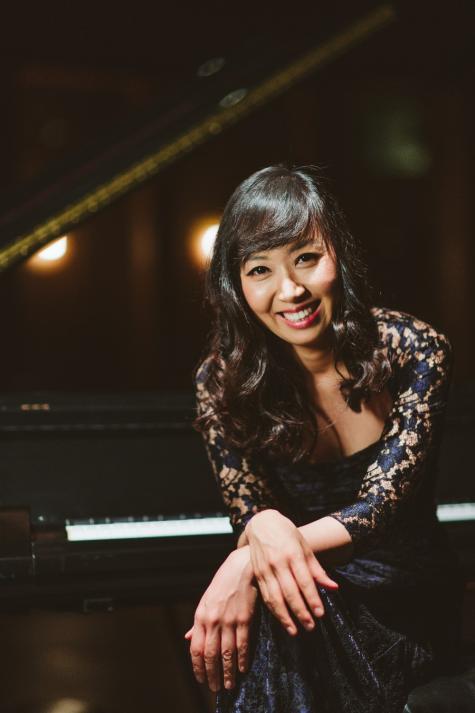 Vivian Choi is internationally regarded as one of the most gifted pianists of her generation, lauded for her extraordinary artistry, musical intelligence and expressive intensity. Hailed by Fanfare as “an exemplar of the modern global pianist,” she is in demand for the depth of her musical insight of a wide-ranging repertoire, from classical to contemporary works.

Since her debut performance at the Mostly Mozart Festival at the Sydney Opera House at the age of 12, Vivian Choi has toured extensively throughout Australia, New Zealand, Europe, North America and Asia. She is the recipient of several prestigious honors, among them the New South Wales Premier’s Award for Excellence in Music and the Australian Guild of Music and Speech for Outstanding Achievement. For her contributions to the arts, Ms. Choi was awarded the title of 2003 Achiever of the Year by the Australian-Korean Cultural Council, and, most recently, was honored with the Dame Joan Sutherland Fund grant from the American Australian Association.

In 1992, Vivian Choi performed for the first time with orchestra as the winner of the New South Wales Secondary Schools Concerto Competition, launching her career as a concerto soloist that has taken her around the globe. Her recital debut occurred in 1997 at the Sydney Opera House, a performance that was broadcast nationally. Highlights of Ms. Choi’s recent seasons include tours of The People’s Republic of China and, as part of the Imago Sloveniae Festival, Slovenia and Croatia; a series of five all-Chopin recitals in ChopinFest Australia; the International Celebration of Music at the Sydney Town Hall; the Hopes, Talents and Masters Festival in Bulgaria; the Portland International Music Festival, and the Piano Future Festival in the USA.

In addition to performance activities, Vivian Choi has served as a juror for numerous piano competitions, including, most recently, the 2015 Louisiana International Piano Competition. She has also conducted masterclasses worldwide for institutions that include Boston University, Italy’s Academia Filarmonica di Camposampiero and Australian International Conservatorium in Sydney.